Does God move more overseas than in North America??

Over the years of being a missionary I have heard countless people get so excited over the news of what we are doing and then say something like, "It's so amazing what happens over there.. Shame it doesn't here." (Sometimes then expounded on with reasons of why it can't, won't, and never will.)

Well.. After many years of working with Jesus I've finally had enough. And this year I decided that every believer of every country needs to know that Jesus is all for amazing things happening right where you are!! In fact, He is so for it that He already provided everything for it 2,000 years ago.

Every year I go back to North America to visit and share all that God is doing. It has always been my purpose to not just give a missionary report, but to inspire all to become local missionaries! This year.. we turned it up a notch.

As we traveled across North America (literally across it: from New York to Seattle) we had the opportunity to share many times. In some places we extended the meetings from the usual service to extra sessions focused on performing miracles with the gospel. We saw many people getting healed through the cities we traveled through. And our last stop was very special because we got a whole week with the same people: an opportunity to go beyond learning and really equip and train them!

What happened was more than I could have imagined.. And yes, this was all happening in North America, not some foreign place.

Klnt (for those of you who don't know, that is the shortened version of my husband's name: Kevin Lee Nian Tai) and I worked together the whole week, taking turns sharing and giving practical opportunities to do it.

By the 2nd night we saw youth come up to receive Jesus and the altar full of people giving things over to Jesus, by night 3 they were baptized in the Holy Spirit and spoke in tongues, by night 4 they were prophesying over strangers, by night 5 they were healing the sick and by night 6 they were out of their comfort zone and doing it all.

Testimonies were rolling in the whole week.. and even the day after we continued to hear more and more amazing things: people set free from decades of anti-depressants, pain for years suddenly gone, people called out to reach the nations, inner healing, lives transformed, allergies disappeared and more!

Why do I say it was more than I imagined? Because the camp was Youth and Family so we had expected young people to be a part. But the children were also joining in on the night sessions - I had expected them to fall asleep or go out and play. But.. the first ones up to do things was the children!!

The children not only received the baptism of the Holy Spirit- but prayed over their friends to receive it too. They walked up to adults and prophesied over them - rocking worlds as they did it. They jumped up to lay their hands on the sick and see them healed!

So here it is.. My shout out to you (wherever you are in the world): God is doing amazing things in your nation! And He wants to do it through you! If your generation hasn't let Him.. then look at the generation coming up and don't limit them! Because if you start saying "It is happening, will happen and always will be".. it probably will!

Because the last thing He did on earth was give us power to go out and do it. (no particular area or boundries given)

Your partner in Indonesia, Malaysia and around the world!

Look at what God has done! (Disertai terjemahan)

We are going up another level! (disertai terjemahan)

Who's the worst? (disertai terjemahan)

The Event and the After effects! (disertai terjemahan)

How was your 2021? (disertai terjemahan)

What's a good problem to have?

What can I do? 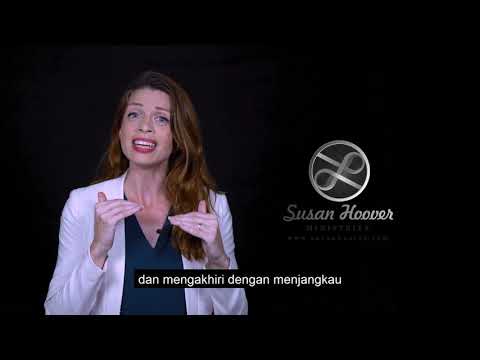